OneDek®: The Future of Low-Slope Commercial Roofing as Featured in Metal Construction News 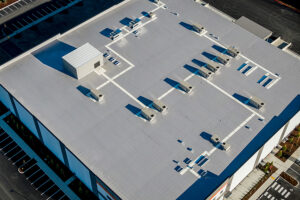 2021 has so far been an unprecedented year for us in the metal building industry. As pandemic restrictions ease and the economy and construction rebounds, demand for steel has soared. However, steel is increasingly short supply in the United States. Unfilled orders for steel in the last quarter were at the highest level in five years, while inventories were near a 3-1/2-year low, according to data from the Census Bureau. The North American steel market is in turmoil with prices skyrocketing threefold for hot-rolled coil from pandemic lows (Bloomberg, April 27, 2021). The benchmark price for hot-rolled steel hit $1,176/ton this month, its highest level in at least 13 years. Soaring prices are driving up costs and squeezing profits at steel-consuming manufacturers. This creates a ripple effect with price increases and extended lead times eventually hitting contractors and installers, delaying jobs, and cutting into profits after what was a particularly difficult year for the commercial construction industry.

Metal builders, roofers, and erectors must now look away from outdated construction methods if they are to stay ahead of the herd and weather crises such as steel shortages in the future. For example, an insulated metal roof decks are proving to be a simpler, more efficient alternative to traditional low slope roofs.